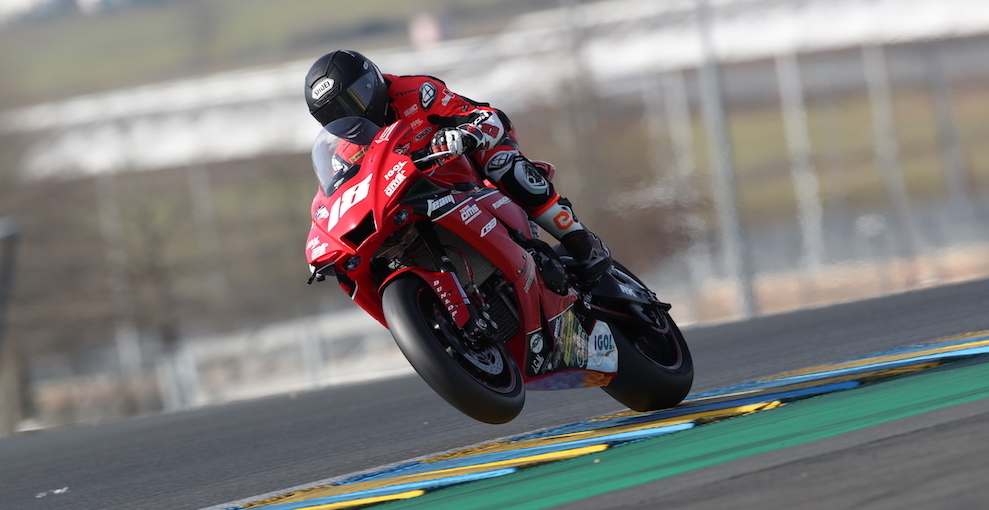 Between the moment when Team 18 Sapeurs-Pompiers decided to take a season off -followed by the cancellation of the Bol d’Or race in September 2020- and this return to the Bugatti for the Pre-Mans, optional rides for the teams involved in the next 24 Hours of Le Mans, nearly 18 months have passed by.

The break was necessary to analyse the experience, to rethink the whole team organisation and to re-qualify its objectives.

2021 : back to the EWC Endurance World Championship with a precise target

A warm-up on track is obvious, with a nice 4th place in the Superstock class (on the document below, National Motos still appears in EWC) and P26 in scratch, that’s a pretty good outlook to the season!

You will also notice that the bar is set very high in EWC, BMW Motorrad World Endurance has set the tempo since Tuesday morning, and we can expect a 1’34… for the qualifying.

It is up to the FIM to decide whether or not the minimum qualifying time (currently reduced to 107%) must be adapted or not, allowing teams to qualify… Indeed, the objective is to keep a representative endurance grid, leaving the part to the private teams with more measured means and performances. And above all, to ensure safety by setting the gap between the minimum and maximum performances. The equation is not so simple. 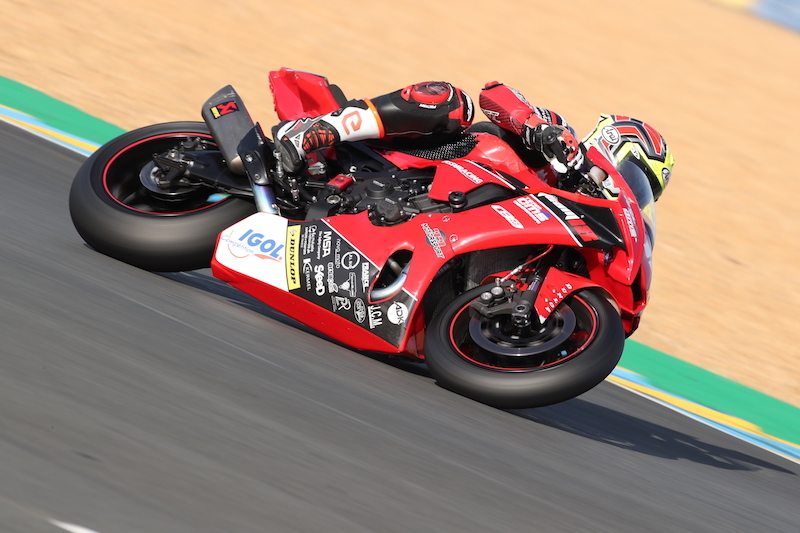 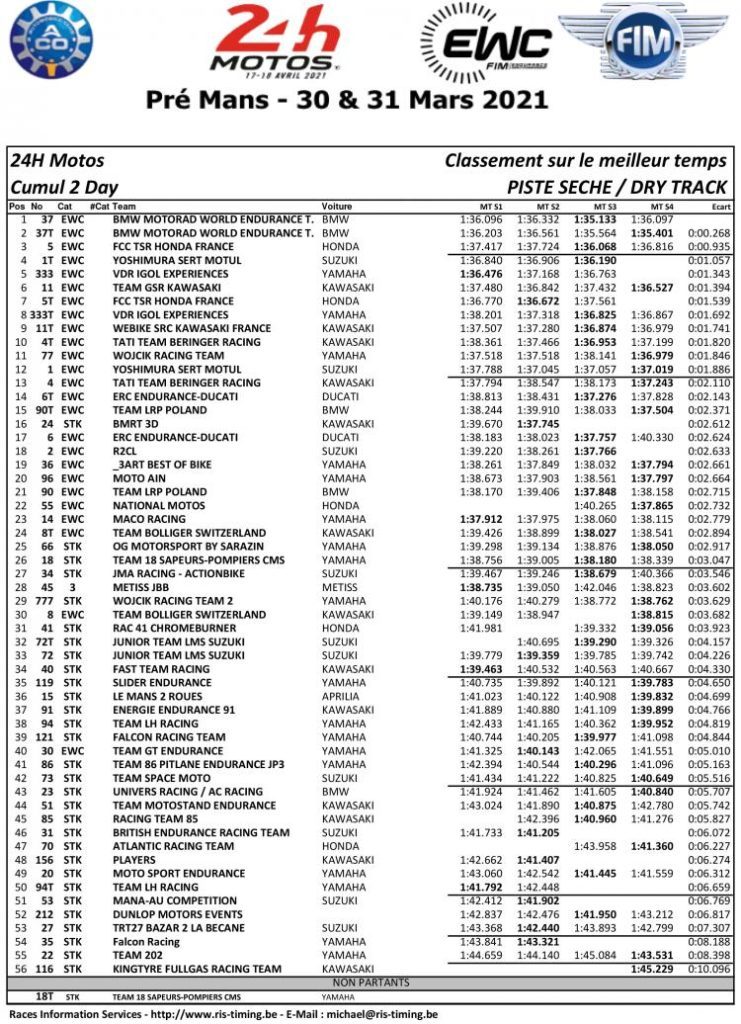 The warm-up also takes place behind the scenes, on the mechanical level of course: preparation, optimization, analysis of fuel consumption, and also pit stops trainings, with the timekeeper in hand, even late in the evening.

And in all the complementary areas: transport, accommodation, catering, anticipating everything, checking everything after such a long break, especially in the context of the human team’s reorganisation. Working together, coordinating, in an atmosphere that was both studious and warm. 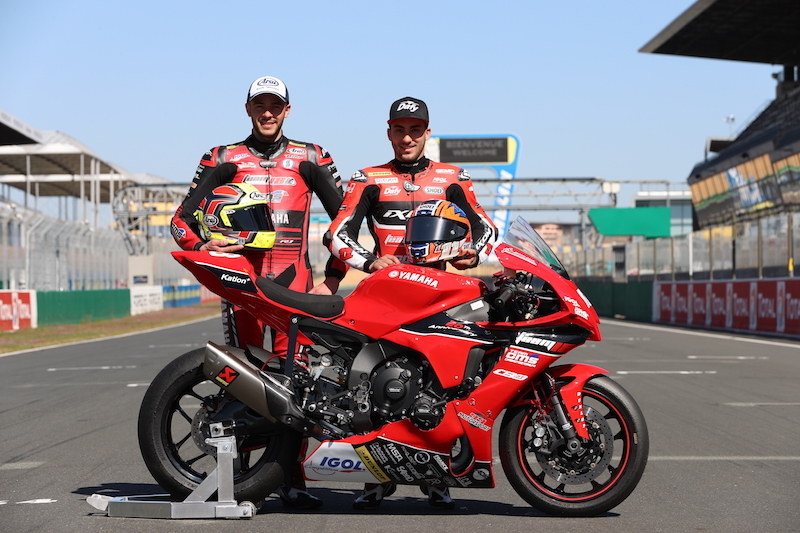 As for the drivers, the fact that two of the three drivers, Hugo Clere and Johan Nigon, have already teamed up twice in endurance racing is also a great benefit, both from a human point of view and in terms of balanced and regular lap times. Bastien Mackels, who was not present during the tests, will easily find his marks with his team-mates during the race tests, when the GO will finally be given, bin so far as…

After the speech of the French President on March 31st, and the decision of a 3rd lockdown, the information is confirmed two days later.

Of course, it is always a frustrating situation, these two days on the Bugatti have inevitably projected all the teams towards the race of 17-18 April. Let’s capitalize on the work done, on the return to working together on the track, on the great performance of the R1 which was still to be discovered until then. The consequence to be feared is, for most of the teams, the overlapping of the schedules, as the riders of the team are involved in other championships, in particular in France SBK (600 Supersport) for Hugo Clere, IDM (very competitive German championship) for Bastien Mackels.

The last question mark is the impact on the JSR, track days organised by Team 18, which are the main source of finance for the season. Already heavily impacted in 2020, the team nevertheless managed to pull itself out of the situation late in the season, thanks to the loyalty of its customers and the slight improvement in the health situation at the end of the season. The commitments made to customers in 2020 will of course be kept again, let’s just hope that we can keep an optimised schedule compared to the forecast, which will help the management – by the team members, all volunteers.

To be continued, again, and in the meantime, you can support the team by planning a ride or by becoming a partner, because without you, nothing is possible, thank you in advance!