EWC Final race at Estoril: the YART P1 at the start …and at the finish!

The last round of the 2020 World Endurance Championship, which began with the Bol d’Or in September 2019, has just finished in Estoril. The event was postponed at the last minute after the cancellation of the 2020 edition of the Bol d’Or. Bol d’Or which was meant to be exceptionally integrated into the 2020 championship. With a year totally disrupted due to sanitary conditions, why not 2 « Bol » for one championship? Finally it was different, and it was a 12H that marked the final point of this season.
Summary of a race also shortened by the lack of many teams, as already announced in a previous article. The starting grid will be short: barely 23 crews in competition.

The YART started in pole position on this edition after perfect practices. Even if the start was less brilliant, we’ll keep in mind the battle between this Yamaha #7 and the F.C.C. TSR Honda France, and the victory of the Austrian team and their riders : Niccolò Canepa, Marvin Fritz and Karel Hanika over the #5 machine driven by Freddy Foray, Mike di Meglio and Josh Hook. Very nice performance after several pitstops on minor mechanical problems (damn footpegs).

On the 3rd step of the podium the Polish private Wójcik Racing Team, which finished 4th in the world championship.

What about the top endurance players?

SERT plays it safe after a technical alert …and signs its 16th world title with a 4th place in Estoril. A first good result for Damien Saulnier who has just succeeded Dominique Méliand after 40 years of « piloting » the Suzuki Endurance Racing Team of which he will remain the founder.

The SRC, WEBIKE SRC KAWASAKI FRANCE TRICKSTAR, which was still showing its #1, experienced a mixed edition, the green arrow seemed more hesitant. The adjustments to Michelin tyres after Pirelli’s retirement from EWC may partly explain this situation. 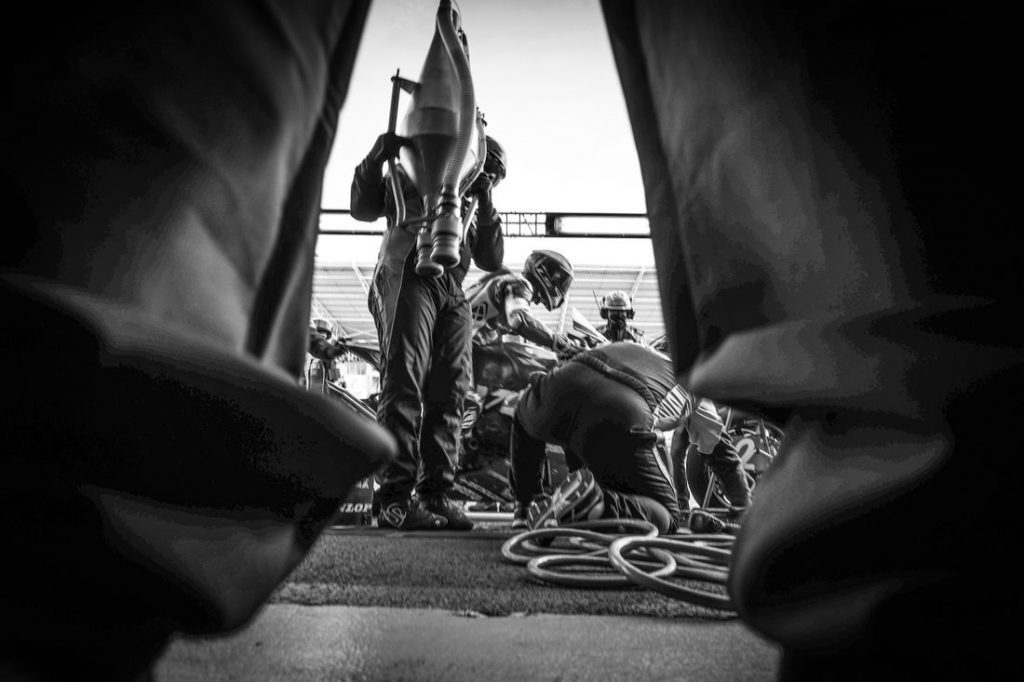 Nice to see Manfred Kremer (Motobox Kremer Racing #65 ) and Moreno Codelupi (No Limits #44) and their crews present. Not only were they able to make this trip in this very short time, but also to finish the race, respectively P14 and P19.

As for Team 18 Sapeurs-Pompiers, the participation in the Bol d’Or was to be the warm-up for the 2021 season. The organisation of this edition in Estoril was, as for many private teams with volunteer members, absolutely impossible to manage. The objective for 2021 is clear, and the roadmap has already been communicated a few weeks ago.

It is certainly not objective, I remember the heavy crash of Louis Rossi and the Ducati Panigale of the ERC Endurance Team shortly after the start. A complicated incident for the rider who managed to pull the bike out of a safety rail on his own. Luckily Louis manages to get the bike back on the track and to the box, unfortunately the technical intervention cannot take place. I’ll keep the image of the tears of a mechanic, endurance is a difficult discipline from every point of view and for each member of the team.

Also to be recorded is the retiring of Team Bolliger, a real pity for the very last race of Hanspeter, his founder who is definitely handing over to Kevin Bolliger. By the way, the Anthony Delhalle Trophy, which rewards since 2017 the most persistent team on an endurance race, has been awarded to him personally to celebrate his 38 years of commitment to endurance.

All posts on the topic FIM EWC