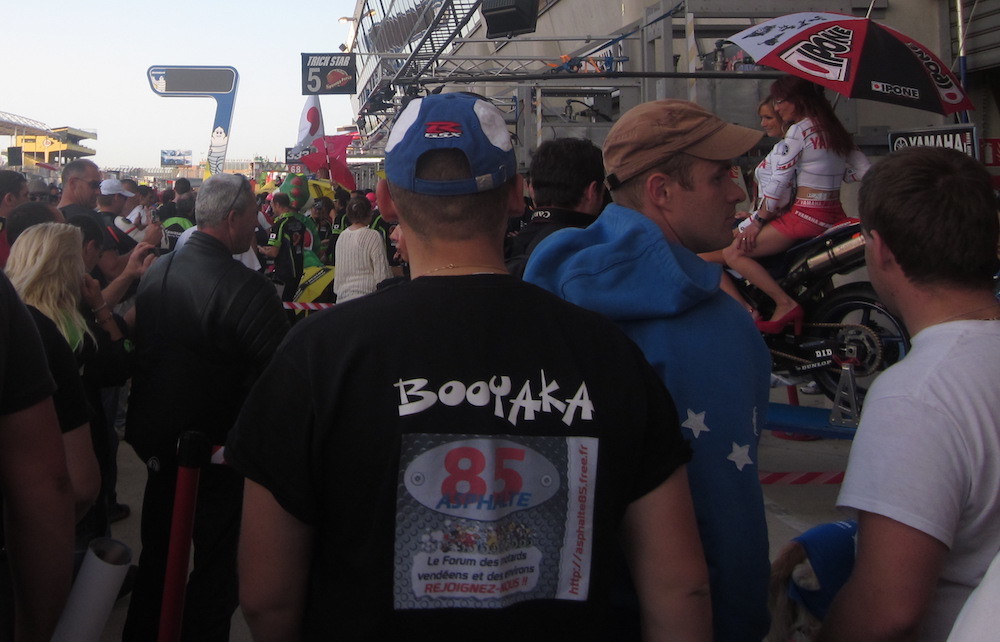 The deconfinement that has taken place since 11 May 2020 suggests a gradual return to normal. For sport events, a recovery is on the horizon this summer, and with a lot of care. Most of the time behind closed doors, as will be the case for the 24H Motos on August 29th and 30th on Bugatti track in Le Mans.

Let’s stick to the good news, to see endurance races organized, even in an unusual context. It’s important for the teams to have the opportunity to express themselves after months of preparation. The championship will be strange, inevitably, the budgets are partly shortened for the same reasons, the economic crisis following the health crisis directly. 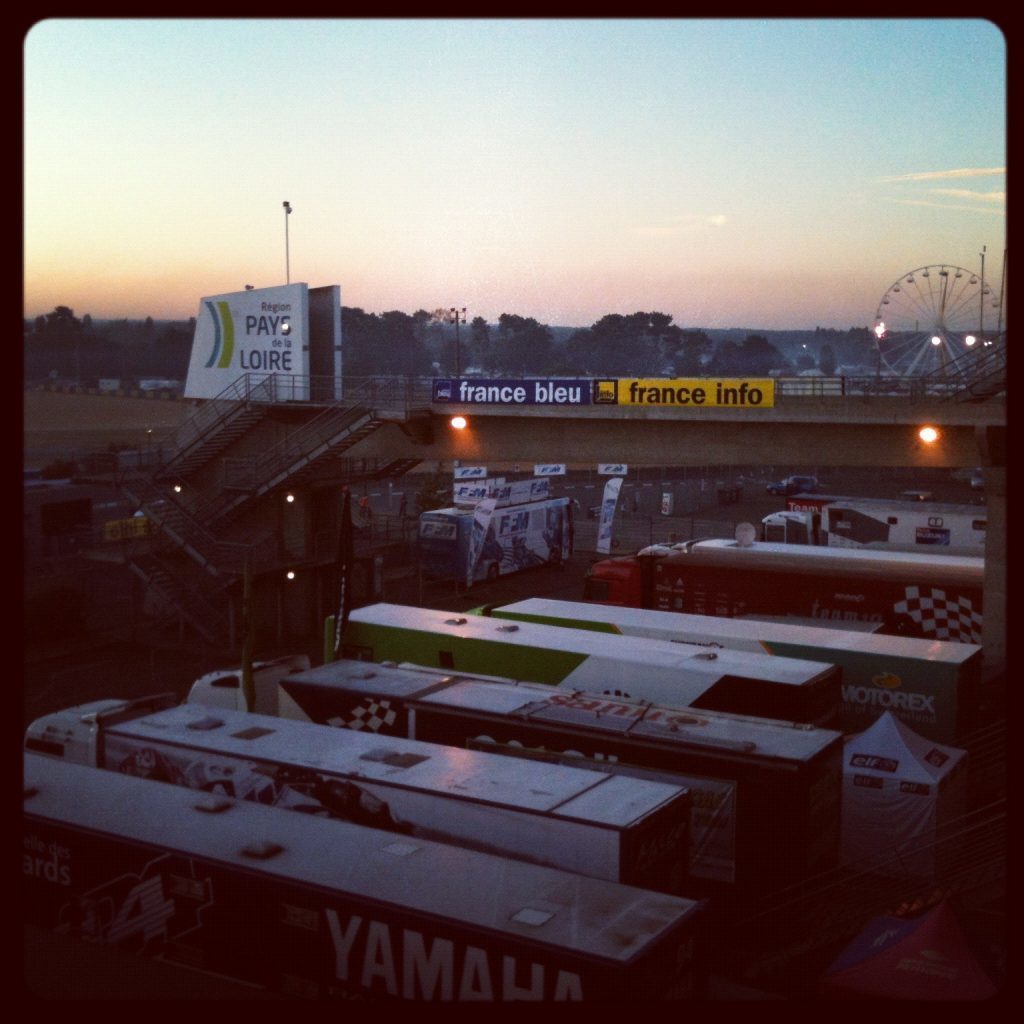 Endurance season 2020: the calendar is finally on the agenda.

The season starts since 2016 at the Bol d’Or in September and ends in July at Suzuka. In 2020, after the postponement of the 24 Motos at the end of the summer, the total cancellation of Oschersleben, the restart after the Bol 2019 and Sepang, will take place on July 19th in Japan for the 8 Hours of Suzuka (EWC machines only), then a month later on the Bugatti to finish, according to the decision of the promoter, Eurosport Events, and the FIM to include this race in the 2020 championship to accumulate 5 events.

It is very important for us all to meet again – even in front of a screen – with this championship. Obviously the atmosphere will be different. The biker public may be hectic, not always complimented for their attitude during such a week-end, they are an essential part of the event. Without them, it’s a huge part of what ‘makes’ the endurance that will be missing.

Already the crowds of motorcycles on the roads of France and our neighbors to gather on the track, as well as after 3pm on Sunday, with kilometers of families on the roadside to greet us. A « celebration » for those who live the road, the race, and those who are waiting for them, smiles on their lips and shaking hands.

In 2020, we would have enjoyed this experience even more! Not to mention life in the « village », and the bikers’ gathering, for some of them this is the key of the event.

A race without the visit of the pit lane on Friday after the last qualifiers, and what about the starting procedure? The starting grid on Saturday after 1pm will undoubtedly be too calm.

And all this for a good cause: that the sport can once again express itself, protecting the team members and their relatives. The passionate public will wait a little longer!

Come on, let’s have a look at the program: 43 teams are registered, here is the list, updated beginning of May: 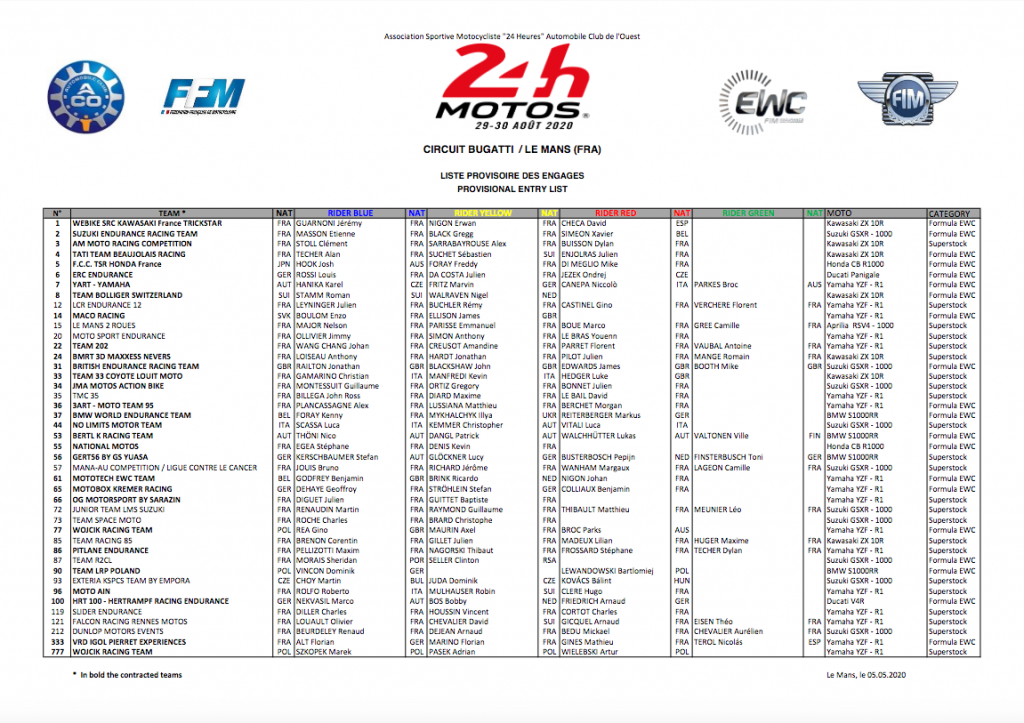 And for the team closely followed by Nova Moto, the Team 18 Sapeurs-Pompiers, French Firemen Team, the Bol d’Or is the rendez-vous. Although it will not be the opening of the 2021 season as the team had initially planned, this race will serve as a test in a real situation.

Beyond the celebration of its 20th anniversary, it will be the opportunity to test the new Team 18, as well as the new machine, still red, still Japanese, now from Hamamatsu, as the Kawa ZX-10R gives way to a Yamaha R1.

So, let’s schedule the week-end somewhere with screens and sound, and, before that, don’t miss Suzuka!