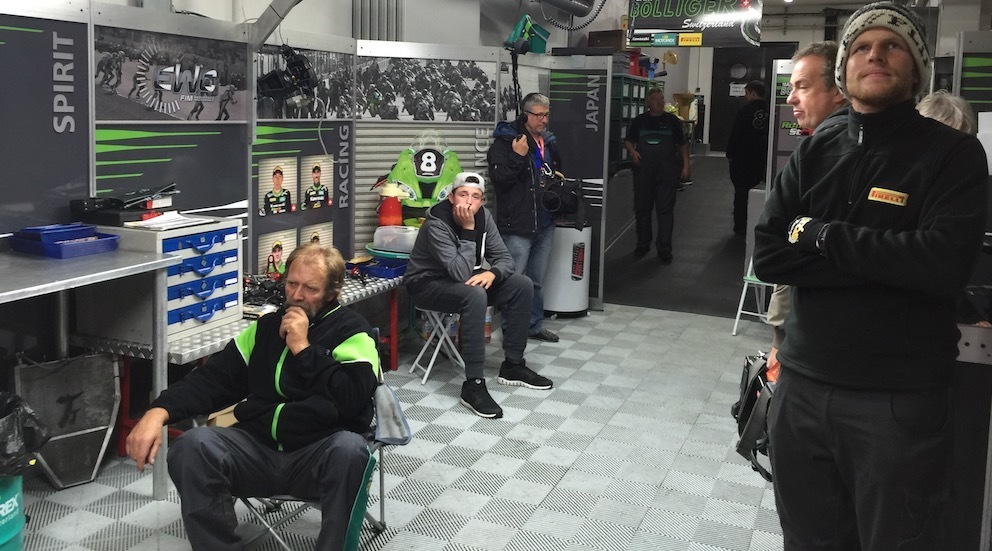 There are moments that are so much expected that they seem to be hard to come true. The motorbike sports season is incredibly hectic in 2020. Some disciplines see their organisers working hard to catch up …and save communication budgets as much as possible. In motorbike endurance, the facts are a bit different, which explains the real satisfaction to see this 2020 season finally continue …if not simply cancelled. A very « endurance » race which sees a new victory for the F.C.C. TSR Honda France Team, held behind closed doors, as planned since June, and which has been disrupted up to its timing: from 12H on Saturday 29th August to 12H on Sunday 30th August 2020!

1. An edition that plays with the teams’ nerves

An edition postponed from April to the end of August is, for the regular fans, a promise of an edition under the sun, in the dry, which changes a little from the sometimes icy atmosphere in the early morning on the Bugatti.

But no, showers were coming right from the beginning of the race, with, as a consequence, a lot of loss of grip, often brutal, which cost a lot of energy and … money to the 38 teams at the start.

An edition rich in twists and turns, like the YART which signed the pole after very regurlar practices and finished at the foot of the podium. The retirement of the Ducati Panigale #6 on which Randy de Puniet made a difficult start, immediately followed by a comeback and a demonstration of the performance of this incredible machine, as he is capable of.

After a few hours, the positions settled down a little bit for the leading teams, FCC TSR Honda France #5 took the lead at the 4th hour of racing and never let it go, resulting in a remarkable constancy work both on track and in the box. Freddy Foray, Mike Di Meglio and Josh Hook climb on the top step of the podium.

Victory is all the more pleasing for the team as this was the first participation with the brand new CBR1000RR 2020, with all the unknowns that this premiere could have involved. 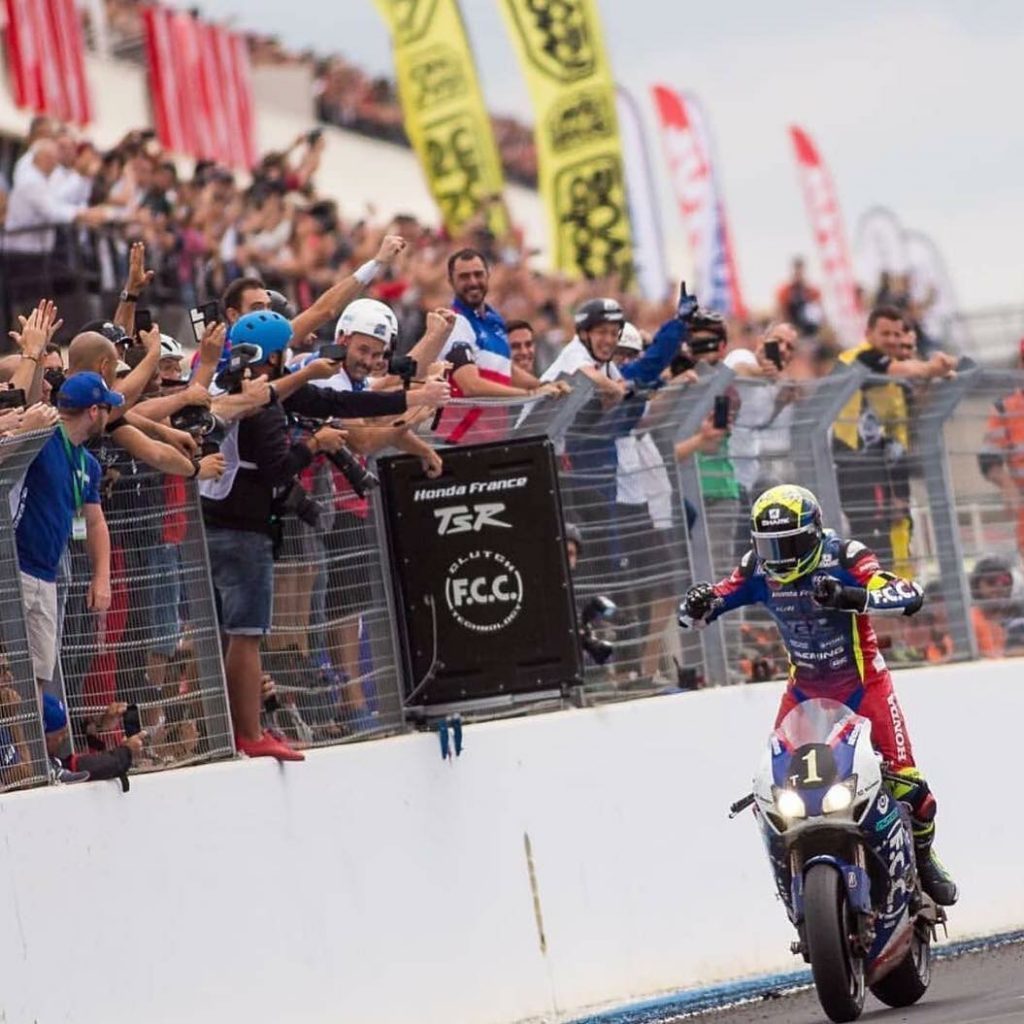 The podium was completed by the current world champion team, the SRC Kawasaki now WebikeTrickstar #1, who took the lead on the SERT #2 at the very end of the race. Same here, it wasn’t a quick win for Kawasaki with a complicated start of the race, should we point out that Pirelli’s withdrawal from endurance racing had important consequences on the set-up of the machines, as here Kawa switched to Michelin? And of course, the weather didn’t simplify this change.

A word about BMW corporate team’s official return to endurance, with the arrival in endurance of Werner Daemen as Team Manager, well known in the Belgian and German paddocks (IDM). Unfortunately, Freddy and Kenny Forray don’t celebrate this finish together, as the S1000RR #37 was forced to retire a few minutes before the finish, after having been in the top 5 for a large part of the race.

First place in the Superstock category goes to the GERT56 Team, on BMW S1000RR, driven by Stefan Kerschbaumer and Toni Finsterbusch and …Lucy Glöckner! Podium shared with the team No Limits #44 and Moto Ain #96.

Speaking of female riders, Amandine Creusot finishes this edition in P28 in scratch with the Yamaha #202 of the National Police. 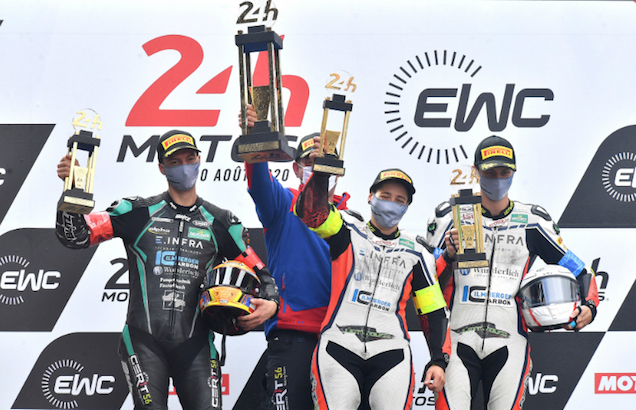 Let’s take the opportunity to focus on the teams closely followed by Nova Moto:

Team No Limits #44 finishes 2nd Superstock, and especially 9th in the scratch!
This friendly Italian Team confirms year after year its improvements in spite of sometimes complicated situations to manage, which rewarded them with the Anthony Delhalle prize in 2018. 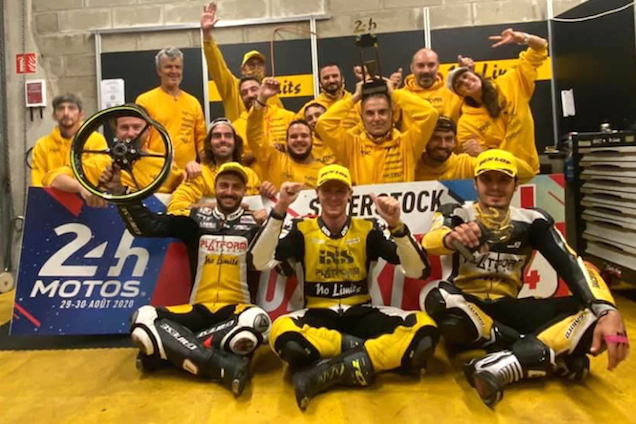 Team Bolliger #8 finishes P21 after electrical problems to be managed. A key edition for the Team, which marks the handover from Hanspeter Bolliger to his son Kevin, an endurance figure who is retiring. Kevin, who has been present for many years in the races, enables a smooth takeover. 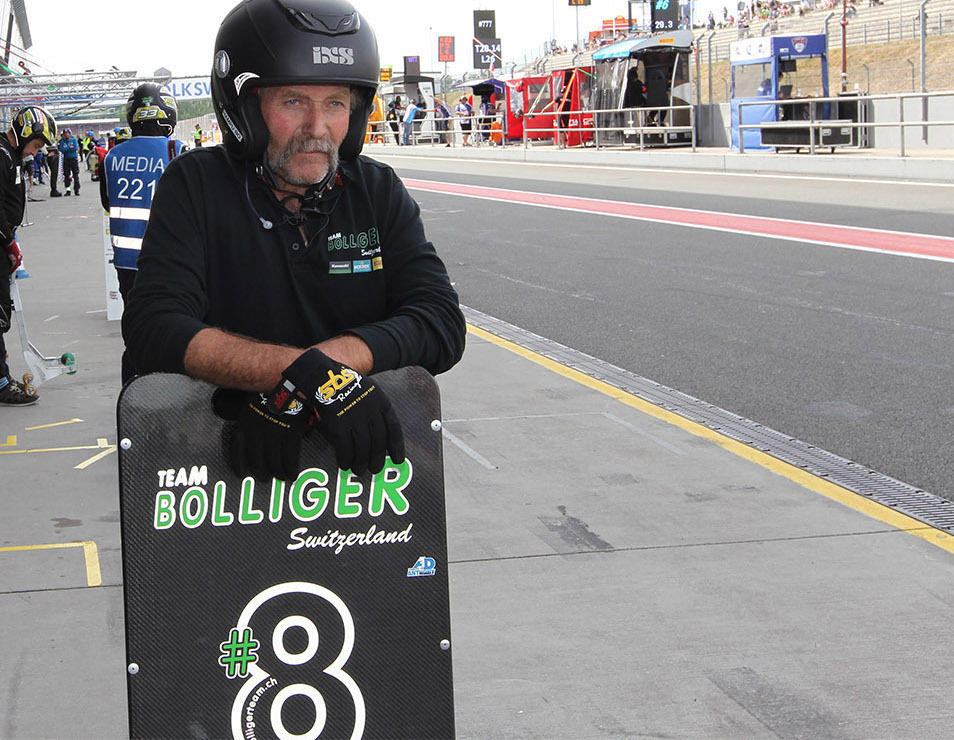 Team Motobox Kremer #65 finishes at a nice 13th place, after a P26 start. A very difficult race according to Manfred Kremer, Team Manager, with a brilliant result in this overall very special environment. 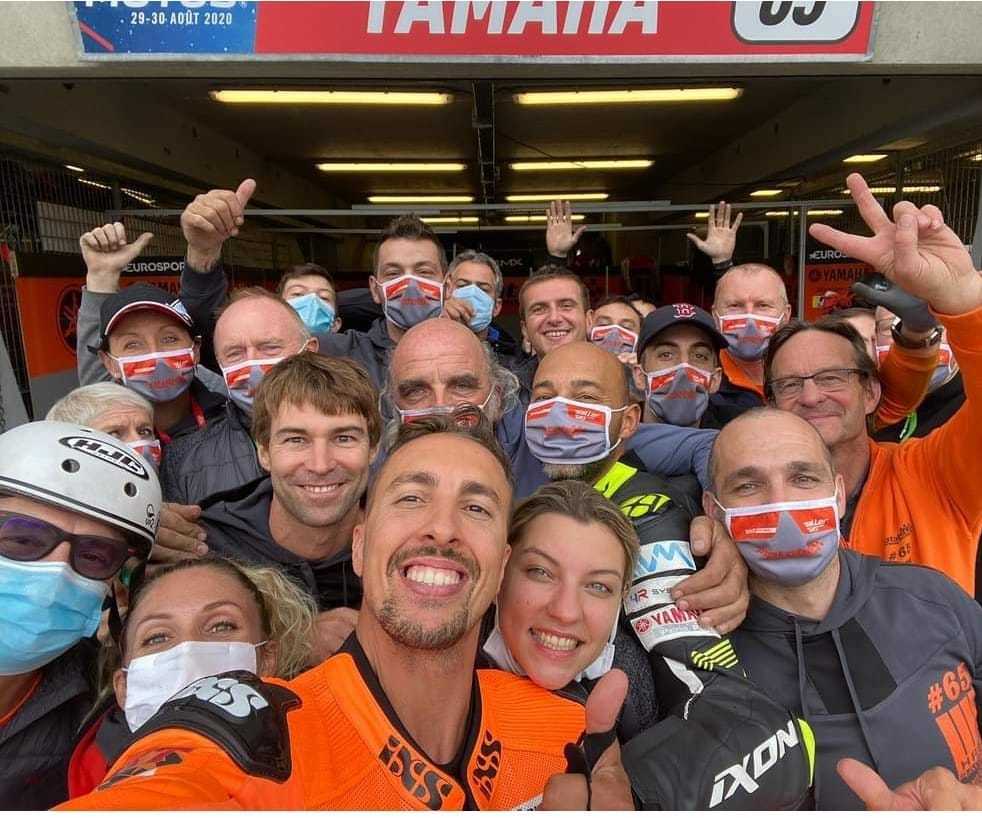 Let’s take advantage of the magnificent pictures of Team Bolliger Switzerland to take the temperature (weather & emotion) on this edition:

2. Only 38 teams on the start line on Bugatti track

Only 38 teams? Covid19 circumstances of course, tighter budgets than ever, the subject of sponsorship is on everyone’s lips, and many have chosen to reserve themselves for the Bol d’Or, which is exceptionally integrated into the 2020 championship.

Drum roll mid-August, the Var local authority refused approval for the event on the Paul Ricard, the Bol d’Or planned with an audience will not take place.

Numerous teams see their project going down, such as the Team 18 Sapeurs-Pompiers (Fire Brigade Team). Team for which it was at once a comeback after the year of interruption decided in 2019, the celebration of the 20th anniversary of the creation of the team …and a test run of the new structure before starting the real 2021 season. No bitterness to be had, the sanitary context is known by all, this decision, based on the evolutions noted this summer in France, is no surprise to anyone, and the aim is not to polemic here.

3. Some pages are turned in endurance, others are opened

This edition saw a start given by Dominique Méliand, just retired from the SERT, who we saw again with pleasure in the blue box all weekend long.

It was also the last participation of Julien da Costa after 18 years of endurance racing, on the Panigale #6 of the ERC Endurance Team, where he shared the saddle with Randy de Puniet and Louis Rossi.

Likewise, as mentioned above, the emotion was strong in the Bolliger Team. Not only is Hanspeter Bolliger retiring and passing the torch to his son Kevin on this edition of the 24H Motos 2020, but the ‘pillar’ rider Roman Stamm is also retiring after 15 years of service with the Team. 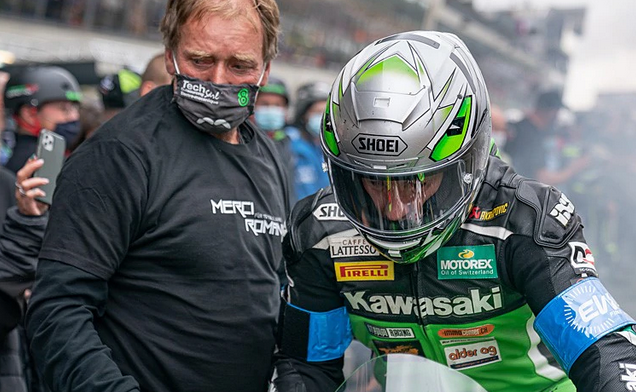 That’s it, the curtain falls on the Bugatti. The silence after the arrival of a 24 hour drive has the same effect.

See you, for those teams who can, in Estoril on September 27th for the final of this season.

In fact, 2 endurances – 24H Motos and Bol d’Or – 3 weeks apart in France was already an impossible step for many teams. Organising to be in Portugal, still in a situation of partial confinement, in three weeks, is, for the completely private teams, an awful headache, budgetary, but also logistical, human, postponements of holidays are not always possible etc…. To be followed very quickly!

The Team 18 Sapeurs-Pompiers will not be going to Estoril in order to capitalise more on the mechanical preparation for 2021.

Read all articles about FIM EWC

Lire all articles about Team 18