Voxan, a brand, a sound as soon as you pronounce its name! And also a special relationship with the French biker, so much I am convinced that we all remember our thoughts when we saw it coming on the market, the questioning perhaps for those who hesitated to take the step towards the French brand?
A page has been turned for several years now, Voxan has entered the bosom of Venturi and the era of the electric. With one more step since the speed record set at the end of October with Max Biaggi on his grips.

1995: the brand is officially born in the heart of France, in Issoire, based on Jacques Gardette’s project, to produce a 100 % French motorcycle. The story was beautiful, with a unique architecture – a 1000 cm3 V-engine at 72°, a particular frame and a suspension under the engine – which ensured both a « colour » all its own, and a recognisable sound as well. A nice face and aligned with the trend of the first Café Racer-inspired machines. 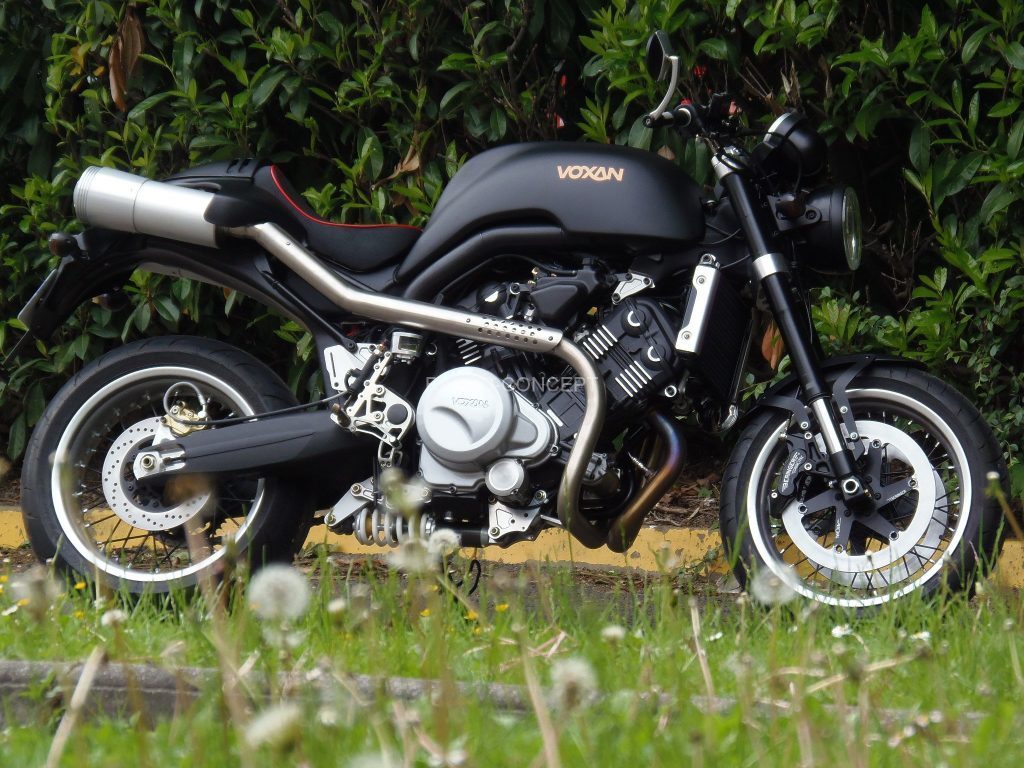 For 15 years, the range was extended with very aesthetic models, immediately identifiable – who didn’t have a sparkling eye in front of the Black Magic? 2001 was a key year, with the creation of the Voxan Club de France, and the first participation in racing at the 24H of Le Mans (28th time of the practices, retirement). It’s a pity that very often the communications around this brand reported more the preoccupations related to the production and the finances, than to its fantastic machines. 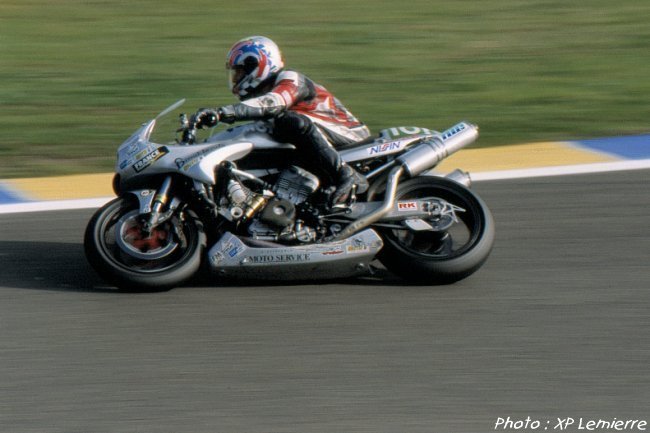 Voxan stopped its activity in 2010 and was completely dismantled, while the brand was bought by Venturi, a French luxury car manufacturer. At the best time, Voxan had 120 employees, who produced the approximately 3000 Voxan bikes. Since then the Voxan Club de France has organised itself thanks to the support of former Voxan employees to ensure some sales and especially the Customer Service to ensure the best durability of these machines.

2. The rebirth of Voxan, under the sign of innovation

The aim of Venturi is absolute luxury, concept cars and sport with a commitment to Formula E under the colours of Rokit Venturi Racing.

The purchase of the Voxan brand was necessarily in the perspective of a future project. 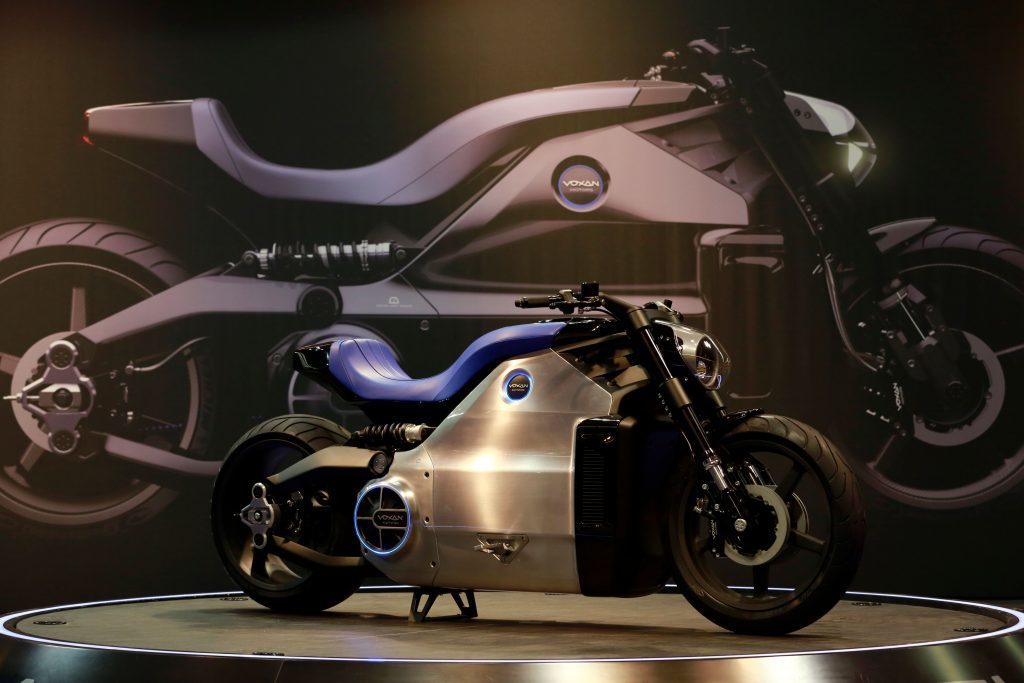 Thus, Gildo Pastor, its CEO, made it take the electric route, and Wattman made its entrance into market at the Eicma Milan and Paris 2013 shows: a body-built cruiser, totally revolutionary by its power, 200 hp and as much Nm/kg of torque at 10,500 rpm! 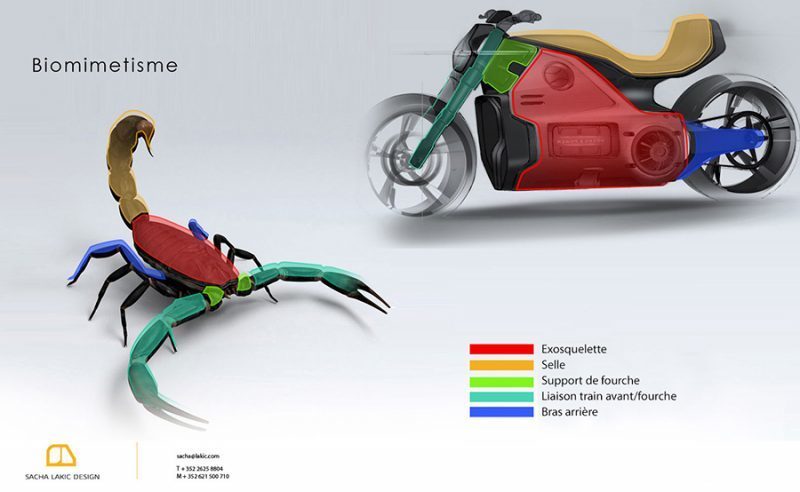 With the originality of a construction around an exoskeleton that ends in a double swinging arm. The  » beast  » also promised smoothness with a belt transmission to pass the power without shocks, nor maintenance moreover. And all this with 180 km of autonomy and an 80% recharge in …30 minutes!

The 2020 news is still one level above. It is no longer a vehicle, but we are talking about a prototype built to beat one or more world speed records. Here are a few technical details that make all the difference: revolutionary frame as for the Wattman cruiser, cooling by compressed carbon dioxide in a solid state, a kind of « dry » ice that does not become water when it melts. As can be seen in the picture below, the dioxide is contained in a tank mounted under the seat.

The appointment fixed at the end of October 2020, sanitary restrictions 2020 obliged, at the airport of …Chateauroux! Again, in the heart of France.

This quote from Max Biaggi illustrates Venturi’s state of mind: « When Gildo Pastor, the President of the Venturi Group, approached me about this project, I was curious, very motivated, and at the same time a little uncertain. Having said that, right after our first meeting, I quickly realised that, like Gildo, his teams were driven by an incredible belief and determination. They told me “we came close to 600 km/h (373 mph) on four wheels, and now we want to flirt with 400 km/h (249 mph) on two wheels, nothing’s going to stop us!” These records make me a happy man! I’m proud of the team and delighted to bring these titles back to Monaco!”

All his fans are happy to see him again. 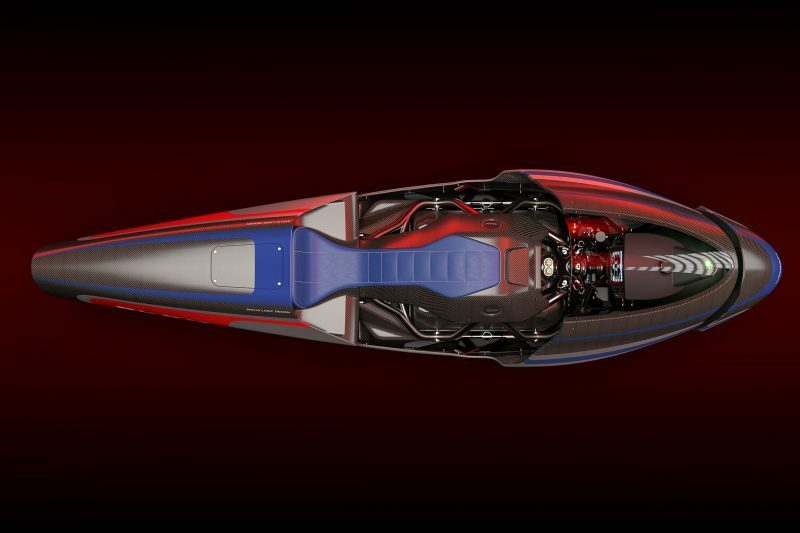 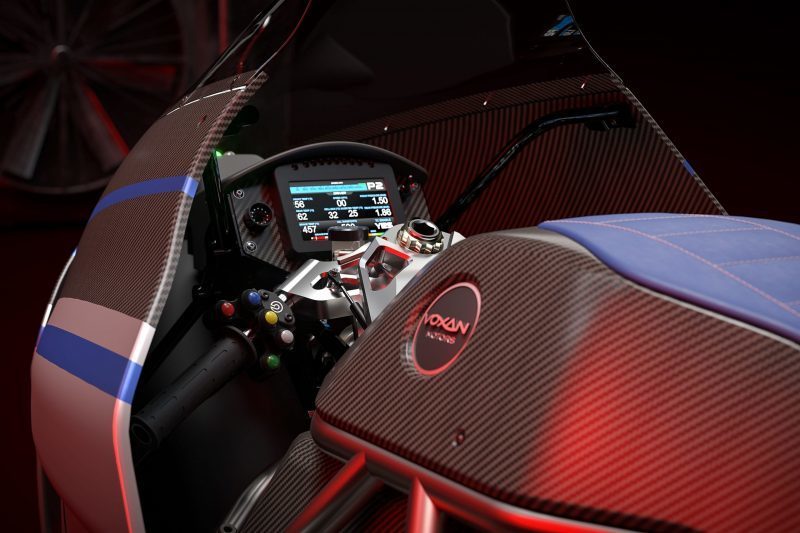 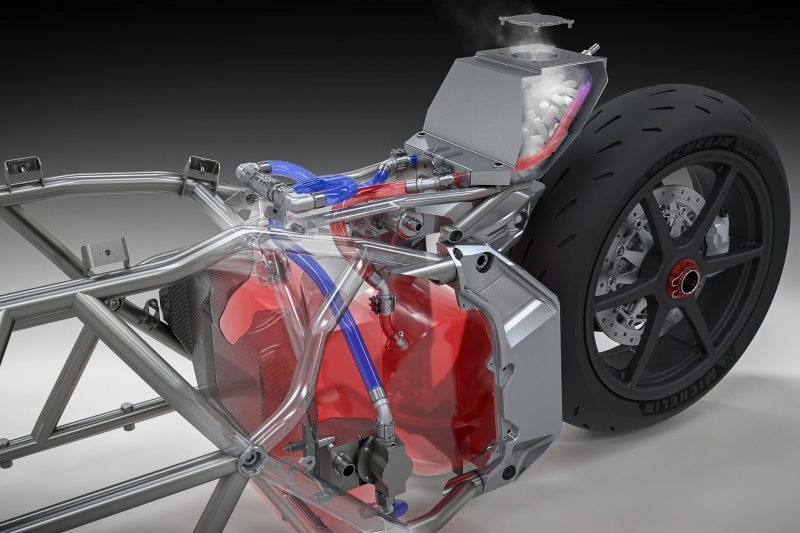 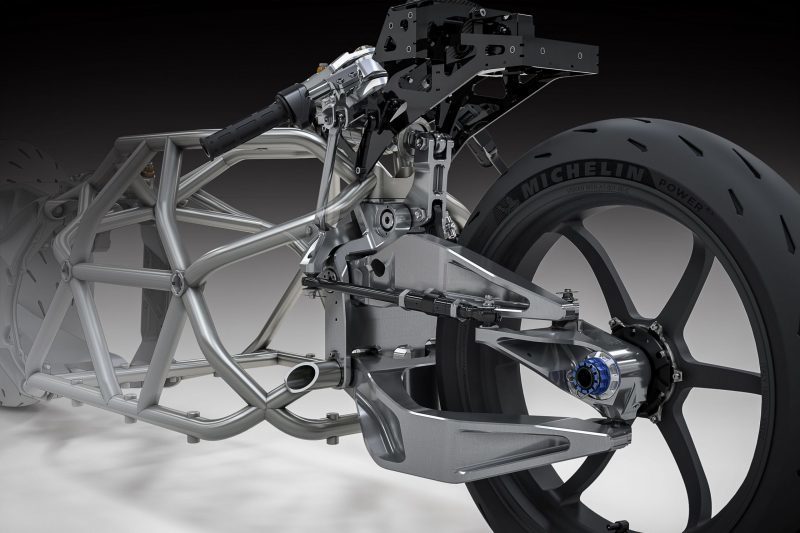 🇬🇧 Flying offers always blue sky after the clouds, the same with life 😊