These 24H Spa have absolutely kept their promises. Indeed, some expectations are so high that the risk of being disappointed is real. This was undoubtedly the case for all those motorbike and endurance enthusiasts, for whom this return of an EWC FIM endurance race in Belgium had been highlighted in red on the agenda for months.
And sometimes the reality is still far beyond our projections! This is exactly what happened at Spa-Francorchamps on June 4th and 5th. An edition so « endurance » that non enthusiasts can only be converted, here and now, in this beautiful Wallonian forest!

Welcome and organization on the top

The potential for developing the audience – 15,000 people – is high. Some will say that it is easy to welcome a smaller audience in excellent conditions. But it has to be done! A warm welcome at all levels, from the organisers to the food points, politeness is free, just like the warm image we have of our Belgian neighbours.

A start of the 24H Spa similar to an SBK race

This is not totally new: the top teams are more and more competitive, and those who want to remain so are forced to give themselves more and more means. The result: for the public, sometimes the feeling of having a race within a race, to their great delight!

Once again, the Yart takes the pole …and a pretty good start, but unfortunately will not go all the way to the end due to engine failure. He will make the show of the beginning with the machine of the SERT #1, FCC TSR Honda France #5, and …the one of the team which will climb the highest step of the podium, the #37 of BMW Motorrad World Endurance Team, the team managed by Werner Daemen, Belgian, with on its handlebars Markus Reiterberger, Jérémy Guarnoni and Mykhalchyck Illya. The #11 Kawasaki Webike SRC Kawasaki France and the #6 ERC Endurance Ducati were also visible in the start chase. Unfortunately, the green one will be the first machine to have to give up after 3 successive crashes -riders OK. As for the Italian, despite climbing back into the top 10 and more, even after a fuel pump problem, it was forced to retire shortly before the mid-race.

In Superstock, the teams who are targeting the World Endurance Cup, also put on a show: the Yamaha #18 of Team 18 Sapeurs-Pompiers CMS Motostore and the Kawasaki #33 of Team 33 Louit April Moto. Detail : they are also aiming at the 6th place of the general classification, followed closely by …LH Racing #94, who will finish at the head of the category ! Endurance… 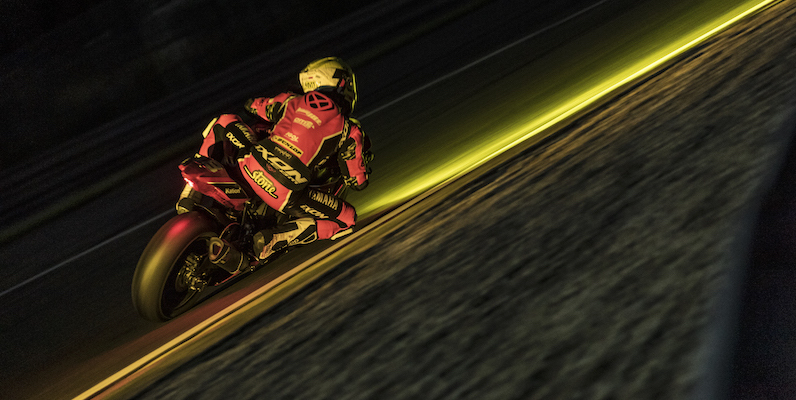 Twist and turns of the race

Positioned 1, 25′ in the box for the SERT for a gear problem, makes the machine fall back to the 14th position… The #4 Kawasaki of the Tati Team is progressing, steadily and surely.
A similar scenario for the FCC TSR Honda France #5 machine with a chain problem.

And, finally, the weather gets involved – not surprising, we are in Spa! The thunderstorms at the beginning of the morning will push, among others, the leading machines of both categories to the fault : #1 #5 #18 #33. The 33 will sign its retirement.

A little later, the engine breakage of the Yart #7 gave the lead to the #37 which did not leave the lead until 1pm. But the suspense remains intact, and even for a long time, for the last step of the podium in EWC. 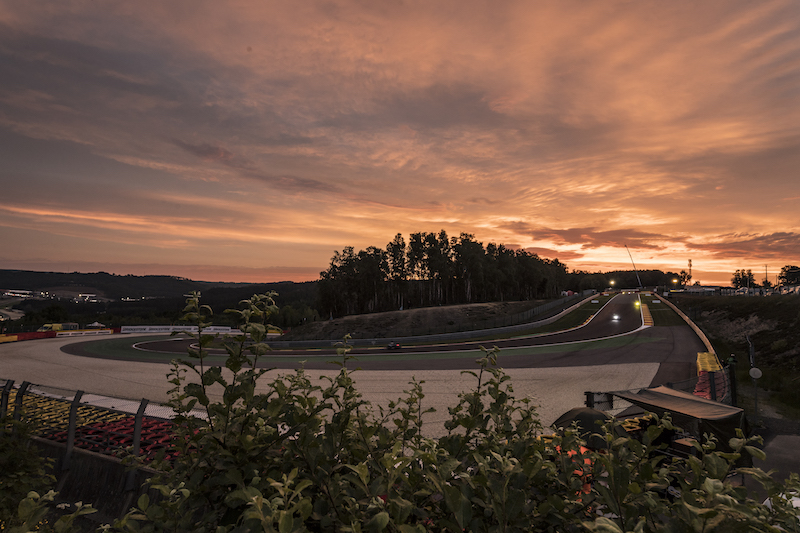 Indeed, at about 2H30 of the arrival, red flag and bikes in closed park! Indeed, the impressive engine breakage of the #121 Falcon Racing which stains with oil on several posts of intervention requires long minutes to ensure the cleaning and the safety control of the track. After a meeting of the team managers at noon, i.e. 1 hour before the finish, it was decided to let the bikes start again -in their position at the time of the neutralisation- under safety car first, and even to « let them go » for the final.

This leaves a final run between the #1 SERT machine -with its Belgian rider Xavier Simeon- and the #5 FCC for the 3rd step of the podium. The suspense is real on both sides of the pitlane, the fans, waiting since 10.30, are almost breathless during the last laps. The moment will remain, that’s for sure!

#5 machine that will raise the Japanese flag on the EWC podium, and the SERT remains in the lead of the world championship.

And the only machine in the Experimental category, the Kawasaki ITeM17, finished in 15th place! 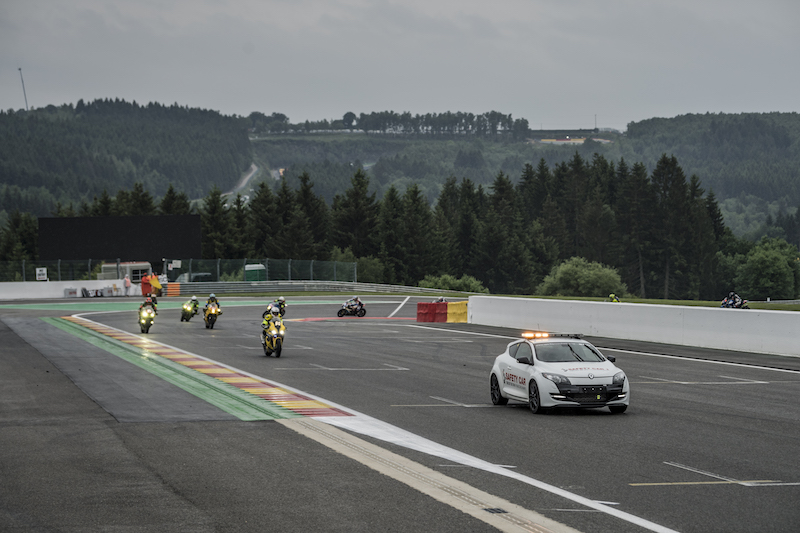 100 % digital and information all around the track

The organisation of motorbike events is becoming more and more sustainable: digital tickets and event programme. Find all the results on this link.

It’s also worth to mention the support offered all around the track thanks to information panels, even indicating the travel time from one point to another. Cleanliness can also be underlined. 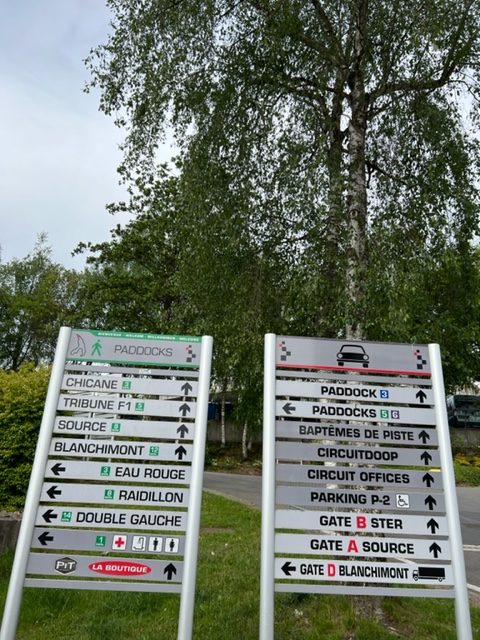 The visitors can experience this beautiful motorbike spot, which sometimes reminds us of Mugello: 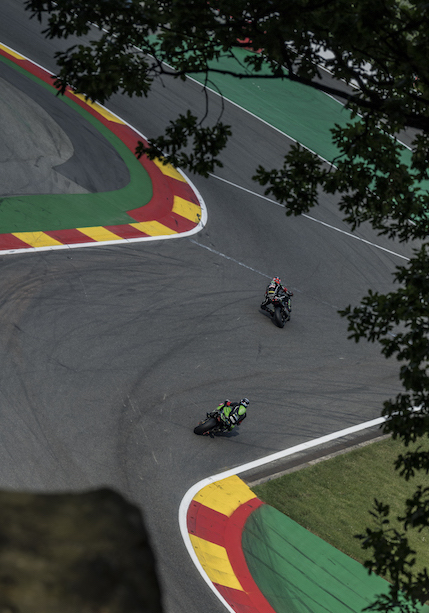 Some people will complain about the lack of a village as we know them on other tracks, but this also contributes to the very authentic aspect of Spa-Francorchamps, a simple motorbike sports meeting, the main thing is there. Note the access to the paddock and to all the grandstands included in the entry fee! And the famous new Raidillon grandstand, which offers an incredible view from L’Eau Rouge. 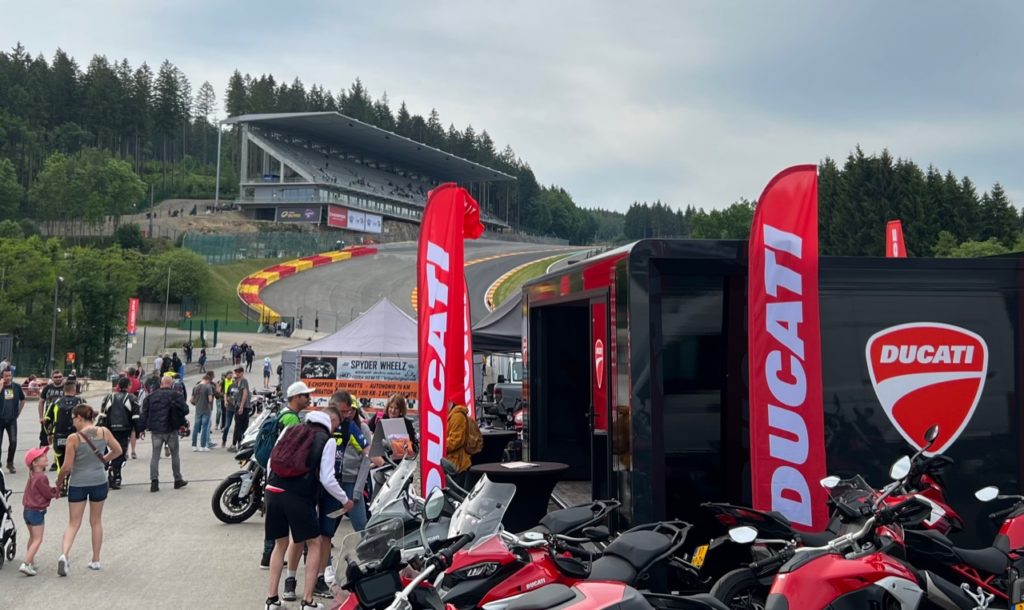 A museum in the center of the Spa-Francorchamps circuit

A nice surprise, the museum, open and free, hosting emblematic machines: vintage, SBK and even MotoGP, which will be the subject of a separate article on Nova Moto.

Now that you’ve (re)discovered it, you’ll be back!

For those who were not in Spa:

Checkout all articles about 24H Spa